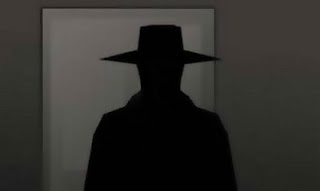 25 days left to go until the trip to Washington State and the UFO Ranch.....

I realized while perusing my blog that I have not yet touched upon the main phenomena taking place at James Gilliland's Ranch: UFO sightings. And we aren't talking about a handful of sightings, we're talking about 3,000 sightings.

I'm sure everyone pictures the stereotypical UFO witness- some trailer park house wife in worn slippers and a flowered house coat sporting pink plastic curlers in her hair and a lit Marlboro dangling from her lips with her husband (who is also a cousin and uncle) next to her with a tobacco juice stained wife beater, cut off shorts and a belly that makes him look like the next octomom. This isn't the case at the UFO Ranch.

Mr. Gilliland has welcomed NASA scientists, military personnel, physicists, members of the CIA, Special Forces Operatives, Boeing engineers.... the list goes on and on but my point is that the people witnessing this phenomena are those with the knowledge to know that what they're seeing aren't ours.

What are they seeing? Some see lights at night moving in the sky. Most would attribute the lights to meteors or satellites passing by. But do meteors or satellites suddenly get brighter (powering up as James calls it) or suddenly change direction and speed? The answer is- no they don't. So what could it be? And why is the ranch often visited by military helicopters when the nearest military base is 3 1/2 hours away? Do they know something we don't?

I am anxious to check it all out for myself. While I have witnessed what can only be called UFO's (as they were certainly unidentified) I was young and who knows what might have been behind my brief sighting. The experiences at the UFO Ranch have been described as spiritual and enlightening. I am looking forward to having such contact with the paranormal world.

Check out James Gilliland's website: ECETI
Posted by Gettysburg Ghosts at 9:30 AM No comments:

First let me say that in 30 days, I will be on a plane to Washington State to look for UFO's. Awesome!

In preparing for the big trip, I decided to see if there was anything to be found on the creature known as Batsquatch since it is supposed to live nearby and I am hoping to catch a glimpse of it. I wasn't expecting to find much of anything as I had not heard about this creature before... and believe me when I say I've heard about some crazy creatures! But there are tons of sites dedicated to Batsquatch information.

From what I've read, Batsquatch is reported to have purple colored skin, glowing red eyes, wings like a pterodactyl and a head similar to a primate and/or bat. Though its name is based on Sasquatch, there is no real link between the two creatures. Some believe that it could be a yet unknown type of North American Fruit Bat.... only problem is that Batsquatch seems to like small animals (dogs, goats, hogs...) and last I checked fruit bats ate, well, fruit. Others think that it is another branch of the evolutionary tree and is some type of winged primate. That's right, Ladies and Gentlemen, a Flying Monkey! I will be sure to bring my bicycle and broom.
Seriously though, I am a believer in the existence of cryptids, or creatures that have yet to be officially discovered. We are finding new species all the time and have rediscovered species that were long thought to be extinct though sightings were still reported (the Okapi is one example of that). And I want to bring up another thought- Mothman. I have no doubt that Mothman was real and was sighted by people in Point Pleasant, WV. What I am unsure about is what Mothman actually was.... during his brief life in Point Pleasant, there were increased UFO sightings and sightings of MIB (Men in Black) and if memory serves me, there were also livestock mutilations going on at the same time.
Both Batsquatch and Mothman have glowing red eyes and wings. Both have been sighted in areas of increased UFO activity. I will also go so far as to say both are seen in areas where tragedies occured (mothman- Silver Bridge Collapse, Batsquatch- Mt St Helens eruption). Are these cryptids unknown species? or are they something more? Something that fortells traumatic or historic events? Is there something big coming? Isn't it interesting that the Pope and the Vatican recently announced that it's OK to believe in aliens and UFOs?
"I scream from the top of my lungs What's going On?" - 4 Non Blondes "What's Goin On"
Posted by Gettysburg Ghosts at 1:09 PM No comments:

Trip to the UFO Ranch

Those of you who follow the A&E show Paranormal State are familiar with James Gilliland's "UFO Ranch" in Trout Lake, WA. The Paranormal State episode entitle First Contact was filmed at the ranch and was full of UFO footage. Between the beauty of the area and the paranormal goings-on, this episode became one of my favorites (First Contact) and I hoped I would one day be able to visit Mr. Gilliland's ranch. As luck (or fate) would have it, Kelly and I came upon the opportunity to go- and we're heading out May 14th.

PRS is hosting a 'field trip' at the ranch for 3 days of paranormal activities. We will be camping. Do you have any idea the amount of creativeness it takes to pack camping gear for a flight across the country? And of course there is the paranormal equipment which must be taken on as carry-on. What do we take??! While we have searched for spirits and the occasional cryptid, I've never been on a UFO expedition (side note- there is a mysterious creature in the woods that we will also be looking for called Batsquatch- I know- love the name). At the moment I believe we have decided on the following: cameras (obviously), recorders, video equipment, tripods, flashlights and the stealth game camera (to catch pics of the Batsquatch).

For those wondering, Batsquatch (sounds like something I wouldn't want to step in) is a large bipedal creature with wings. I assume, based on the name, that it must be similar to Satsquatch with large wings. While this may sound slightly silly, please remember Mothman. For those of you familiar with Mothman, you'll remember that this creature was seen in Point Pleasant, WV during a time of heightened UFO sightings. Coincidence? Maybe. Psychedelic drugs? Can't rule them out, but the whole thing is intriguing.

So... as we countdown the days until our departure (36), let's hope that this trip goes off without a hitch. By that I only mean that Kelly and I always seem to have strange adventures... camping in Gettysburg one year we woke up to it raining inside the tent (3 people in a one man A frame + cold outside temps= rain), traveling to Point Pleasant, WV we drove through 4 tornadoes, torrential rain, extreme fog, detoured by flooded rivers, missed a flash flood by mere minutes, got lost in the hills oh and got shot at, and the last camping trip to Gettysburg involved an odd campground full of what looked like carnies.... and that's all I've got to say about that trip.

Stay tuned....
Posted by Gettysburg Ghosts at 9:39 AM No comments:

Dipping my toe in the water....

I have finally stepped into the world of blogging- and it's about time. I guess I struggled with what to blog about, who wants to read my crazy ramblings, right? Then I realized that sharing my various adventures in ghost hunting might provide some with quality entertainment. After all, the trips tend to be full of supernatural terror, not to mention biblical floods, gun shots and peed pants. So sit back and get ready for the first story I end up telling- not sure what it will be- perhaps the upcoming trip to the UFO Ranch in Washington State, or the trip to the haunted Old House Woods or perhaps the trip to the Mothman Festival.... stay tuned!
Posted by Gettysburg Ghosts at 12:00 PM No comments: